The 2018 Presidential election in Brazil will occur in the context of the impeachment of the previous President, Dilma Rousseff, the corruption charges against her successor Michel Temer, the conviction of popular ex-president Luiz Incacio Lula da Silva who is seeking a third term, and the shocking rise of the Brazilian far right in the form of Representative Jair Bolsonaro. Underscoring these complicated and messy recent turn of events is the economic downturn in Brazil, widespread corruption charges, and an extremely low faith in democracy, with approximentaly 13% of Brazilians expressing satisfaction with democracy, and 97% expressing the feeling that the Brazilian government exists to cater to a “small, powerful elite” (Londono and Darlington). 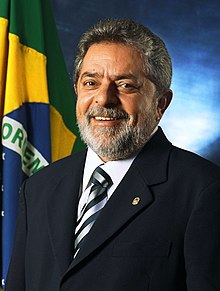 The leading candidate, and the former President of Brazil, Luiz Inácio Lula da Silva. Da Silva’s ability to win the election has been challenged by a court ruling upholding a corruption charge against him.

Da Silva and Bolsonaro represent a response to these factors, as they both offer more radical solutions to the some of the issues that Brazil is facing. Voters in Brazil remember da Silva as the president who presided over the country during a time of new prosperity, where new social programs helped many people in poorer parts of Brazil afford basic necessities of life. This memory and his vision gives him broad support across Brazil. However, his ability to be president is tempered by a recent court decision to uphold his conviction for bribery charges, which could result in a 12 year prison sentence (Londano). Da Silva is also a member of former President Rousseff’s party, the Workers’ Party, which at points comprised the largest political party by representation in the parliament (Londono and Darlington).

The second primary candidate, Representative Jair Bolsonaro. Bolsonaro has made shocking and derogatory comments throughout his career as a representative.

On the other side of the race is Representative Jair Bolsonaro, a far-right representative whose claim to fame is a long history of incendiary remarks aimed at women, blacks, and members of the LGTBQ community. Much of his support comes from those who see his brash statements and radical viewpoints as the necessary solution to many of the issues that Brazil faces currently. For instance, Representative Bolsonaro touts his military background as relevant experience for tackling the growing violent crime and corruption issues. As many other viable leaders have been toppled by massive corruption scandals, the radically different approach of Bolsonaro becomes more appealing, as some Brazilians see the current political institutions as failing them, especially those wealthier landowners who the policies of a da Silva administration would disproportionately affect, or young men who have some distance from the relative prosperity and stability of the da Silva administration and who now can project their economic frustrations onto vulnerable peoples (Londono and Darlington). 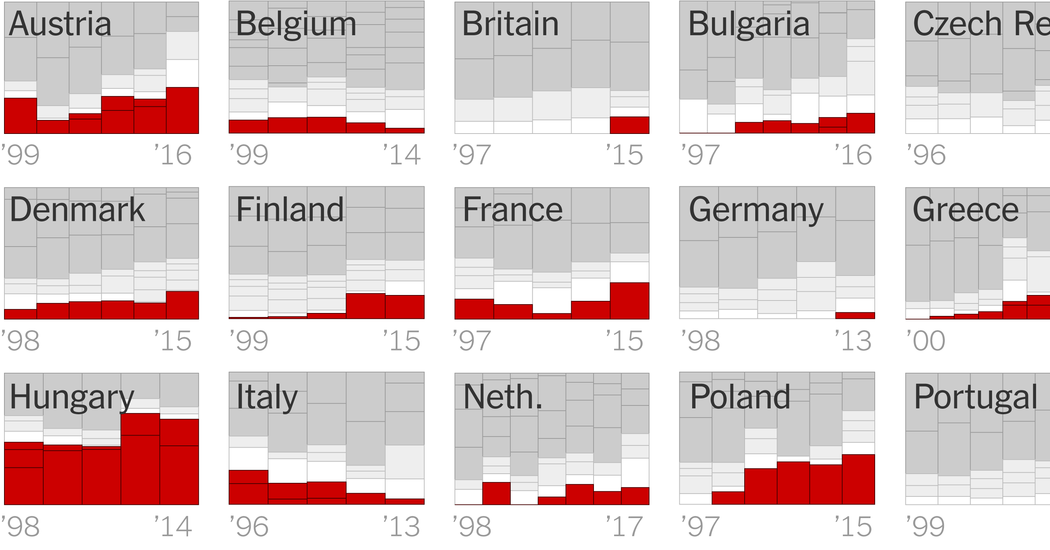 This graph shows the rise of far right parties that share Bolsonaro’s views in European democracies.

Therefore, given some of the negative stereotypes that exist about Brazil or Latin American countries already, the lack of context in this article could contribute to that negative view. This is further exasperated by some of the quotes they draw from. For instance one of the people they interview for the piece is introduced as someone who lives in an adobe house on a dirt road, and she says that “all politicians are thieves, but at least when they [WP] stole they also gave us back something” (Londono and Darlington). While this may be accurate, its usage in the article could enable readers to extrapolate this individuals situation to be broadly representative, which again, would not give the whole picture.

Interestingly, the way this article describes the political situation in Brazil reminds me of how the indigenous Brazilians were described in some of the primary source readings, especially the Jean de Leary reading about the nature and ways of the indigenous people. In both instances, the Western “developed” viewpoint stands out and shapes how the respective authors “report” on their subjects. Now this perspective is inherent, as the two readings are not written by the people being reported on, but rather by an outside writer looking in. However, this perspective creates a narrow view of the subjects, and distorts reality by applying a different culture’s ideals to the subject. For instance, in the de Lery piece, he juxtaposes the indigenous peoples against the customs of the Europeans to make his point about their appearances (de Lery). In a similar fashion, this article presents the relative dysfunctions of the Brazilian political system with the U.S. system as a reference for most readers, meaning that the U.S.’s dysfunctions are both minimized and the Brazilian dysfunction is presented without the benefit of much historical knowledge of the system for most readers. This example connects to the larger class theme of context, as the ways that the article contextualizes the current political system in Brazil leaves the reader with certain takeaways about Brazil as a whole. Therefore, a better version of this article would benefit from more contextualization of the appeal of Bolsonaro and how his campaign relates to other far right leaders. It could also draw from more direct Brazilian perspectives to paint a broader picture of the country, not one limited to the few interviewed persons.

Jean de Lery: History of a Voyage to the Land of Brazil, Also Called America.